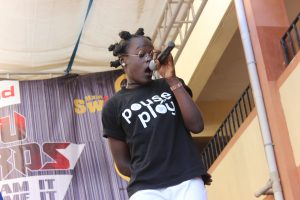 Mukuru despite being an informal settlement have large prospects and the youths are really talented. There is no any form of talent that isnt found in Mukuru, with a population of about 600,000 mukuru is devided in different villages hence not being pronounced as the biggest slum in kenya.

Someof the talents and creativities that found in mukuru are;

This are just some of the arts used in the community, for us we choose three that get to really drove our conversation and be able to have impact on our strategic objectives them being;