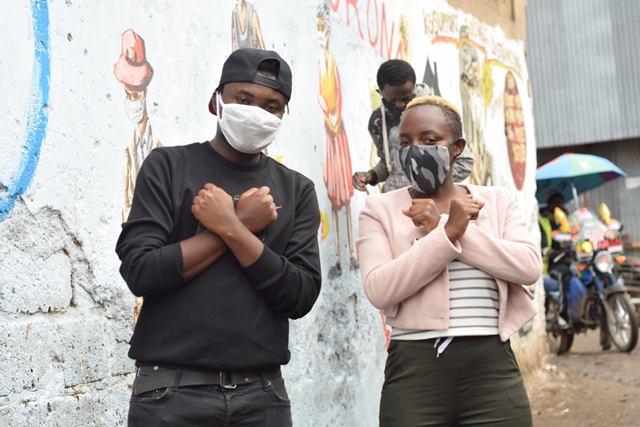 No Comments
Spread the love

Some time in December 2019, reports emerged that a strain of a coronavirus, never seen before in humans, had begun to spread among the population of Wuhan which is a large city in Hubei province, China, with a population of nearly 60 million people. In just a matter of months however, the virus has become a global pandemic such that even some of the most powerful countries like the United States and United Kingdom are overwhelmed by the virus’ effects.

The novel coronavirus or rather covid-19, got it’s name based on the fact that it is a type of coronavirus that was discovered in 2019. Although the virus had been spreading at a very high rate in other continents, it took a while before it got to Africa. In Kenya specifically, the virus was absent up until 13th March 2020 when the first confirmed case was made public.

COVID-19 has brought a lot of changes in our daily lives as it put to a stop some of our norms such as shaking hands, maintaining close contact with people and interacting with each other during various gatherings. Apart from that it has also introduced us to new terms such as quarantine, isolation, curfew and lock down that majority of the people were not familiar with before.

I have witnessed a number of times how wananachi who fear that the country would go into a lock down have been panic buying for food stuffs and the now much-needed sanitizers in various supermarkets ,this could probably be as a results of the whispers on social media that the government is planning for a total lockdown, just my opinion though, but personally I think public anxiety is driven by four factors : infection, going broke, inadequate information and supplies running out.

Never had it crossed my mind that a time would come whereby we would not enjoy the pleasure of freely walking into a supermarket or restaurant. As it stands, I, like many other Kenyans no longer have a social life like before. People are however coming up with interesting ways to keep themselves entertained as they remain cooped up in their home spaces. Social media is also playing a very important role of connecting people especially during these times of social distancing.

Tiktok videos, live chats and memes have become a major part of our daily lives, not forgetting the anonymous messaging app (kubool) that has also been trending, people have also taken a liking to various board games and honestly I think all these have made the stay at home experience to be bearable and also maintained people’s mental health status because being locked up at home for hours on end with the threat of a terrible disease hanging on your head can drive you crazy.

With the current trend of how the virus is spreading, it has sparked anxiety and concern among citizens as it has threatened to jeopardize various aspects of our lives such as our jobs, health and even social life. So far, there are numerous advisories the government is giving concerning the virus that they expect the public to take seriously and put in to action. These instructions would however be more meaningful if the “why’s ” could be clearly explained to people especially at the community level.

As Mukuru Youth Initiative ( MUYI), we saw this existing gap in the society and started a corona virus awareness campaign dubbed the “kuwa freshi campaign”. This campaign is very significant especially to the residents of Mukuru as they will get reliable information and explanations to the “whys “. Why regularly wash hands with water and soap thoroughly? Why use sanitizers? Why not touch your face? Why self quarantine? Why stay at home? Why social distancing? These are usually the commonly asked questions that we will help to clarify to residents.

Interaction with the campaign teams will help in combating rumors and misinformation. During the campaign, the people will also be made aware of the different emergency contacts that they can reach out to in case they experience any symptoms related to the virus. Mukuru residents will also be made aware that prevention is everyone’s responsibility and if one person breaks the chain then they tend to put themselves and others at high risk of contracting the disease.

At the end of the campaign we expect the community members to be enlightened about COVID-19 thereby increasing the level of compliance to preventive measures and intern the spread of the virus will be mitigated to a great extent because after all, no individual can claim to be safe if the rest of the community isn’t.